Glass is an extremely useful material that can be found in virtually all homes throughout Houston and the rest of the country. If you need a new shower door, a new window, or prompt glass repair, turn to the experts at Hurricane Glass & Mirror.

Driving to Our Office

If you're coming from the north, take I-45 S until you get to exit 36 toward Airport Blvd/College Ave. Merge onto Gulf Fwy, then turn left onto College Ave. Turn left onto Alabama St, turn right onto Indiana St, and you'll see our building on the right.

If you're driving from the south, take I-45 N until you get to exit 36 toward Airport Blvd/College Ave. Merge onto Gulf Fwy, and drive parallel to the freeway for about a half mile. Turn right onto College Ave, then turn left onto Alabama St. Take the 2nd right onto Indiana St, and you'll see our building on the right.

Houston's modern history began in 1836, when Augustus and John Allen—two entrepreneurs from New York—purchased the land that would later become Houston. They established a town and named it after General Sam Houston, a well-known figure in the Texas Revolution. Houston quickly became an important cotton port, and the discovery of oil nearby further spurred the local economy.

Today, Houston is home to about 2.2 million people, making it the fourth largest city in the U.S. The Port of Houston is the country's busiest port in terms of international waterborne tonnage, and the refineries near the port are vital to the U.S. oil industry. Houston is also home to NASA's Johnson Space Center, from which numerous space missions have been monitored. 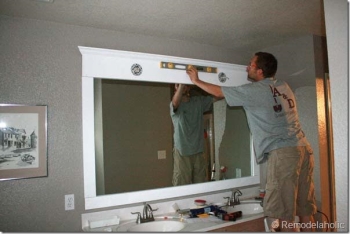 The Technicians You Want Behind You

No matter what your glass need, we have the reputation for excellence you can trust.

Have a Glass Replacement Need?

We will meet it. We offer residential, commercial and emergency services.

We always strive to be upfront with you and answer all of your questions.

We are ready to help you and can often offer same-day service.